On September 20th, the CCF 2019 International Public Welfare Seminar themed “Show Determination of a Great Power and Secure a Decisive Victory in Battle Against Poverty in 2020” was held in Shenzhen with the aim to pool wisdoms from all public charity forces and contribute to the elimination of poverty at the key moment of securing a decisive victory in building a moderately prosperous society in all respects and the most critical point of poverty alleviation.

The decisive battle lies in front of us and the final assembly bugle is sounded. For the field of public welfare and charity, making argumentation for “Show Determination of a Great Power and Secure a Decisive Victory in Battle Against Poverty in 2020” around the theme “Focus on poverty alleviation, create a better life together” is more of an incentive for us, as well as a challenge. 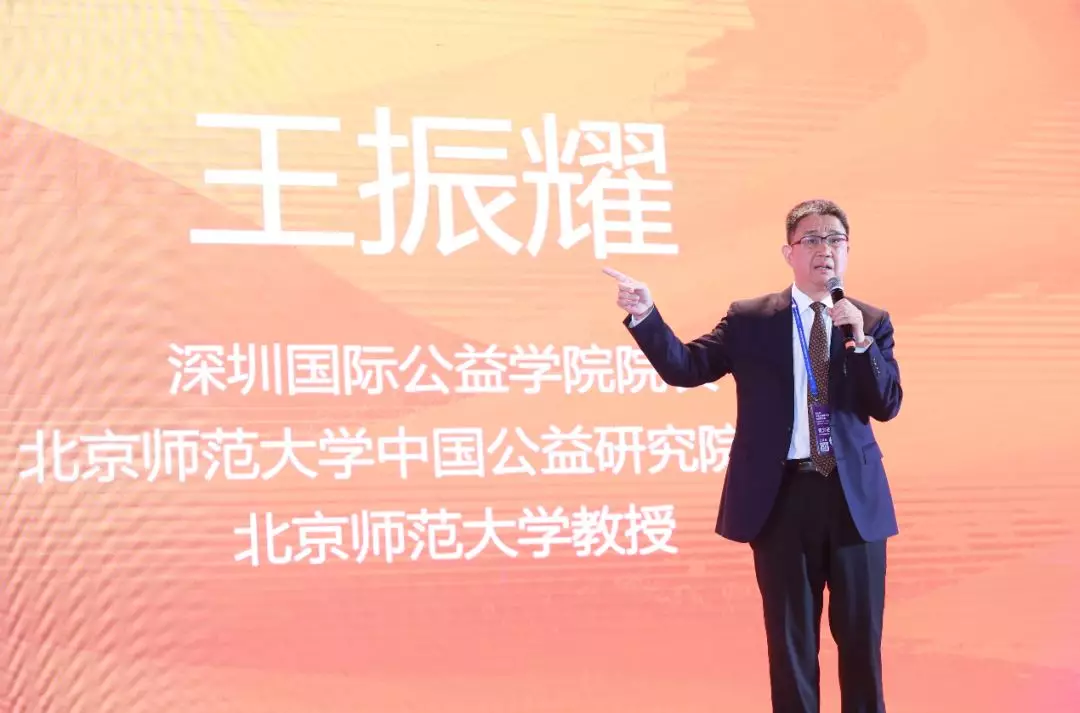 ——Ma Weihua, Chairman of the Board of China Global Philanthropy Institute and Member of the Steering Committee of UN Sustainable Development and Influence Goals

We have donated 1.953 billion Yuan and helped 197,900 students. We grant a financial aid of 4,000 Yuan per year for all undergraduates from 9 counties and districts in Liupan Mountain clustered poverty-stricken areas in Ningxia studying in tier-2 universities in China and above until they graduate. The education poverty alleviation provided by Yan Bao Charity Foundation has become China’s largest education poverty alleviation program with a wide coverage, large target population, long duration and great social impacts. 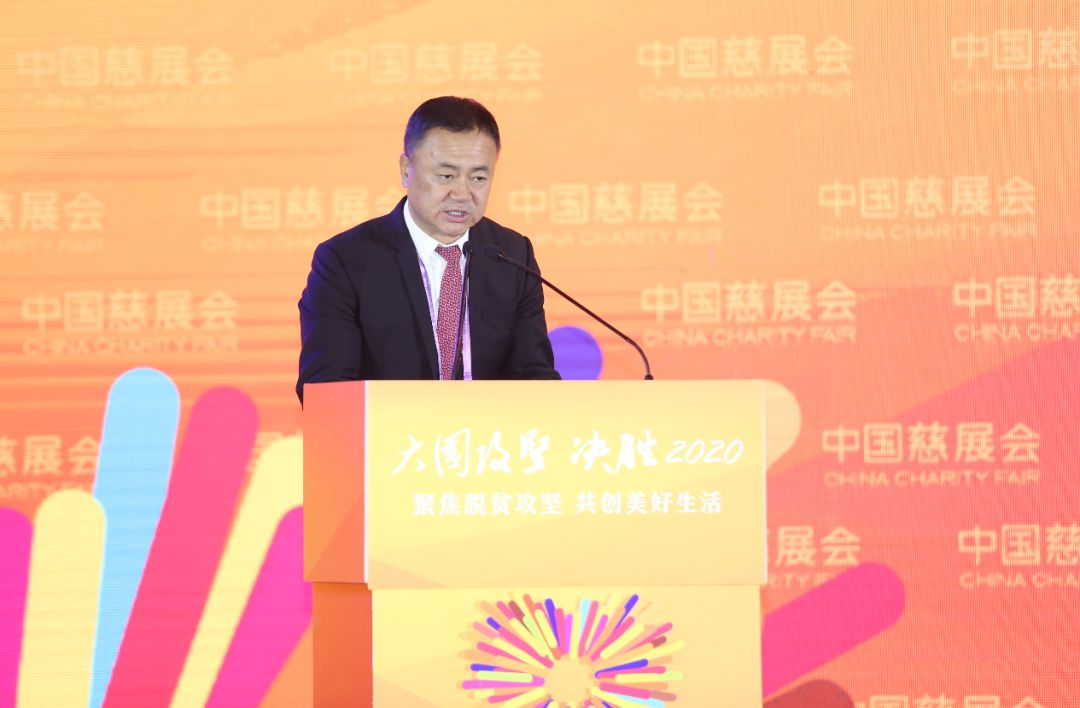 I am determined to combine the 30-year experience and lessons of Mr. Fukutake in Japan and China’s actual situations to build a landscape countryside, and create a template for rural revitalization using public welfare ideas, commercial approaches and artistic means. Every NGO or charity group has its core idea, which serves as the basis for their actions. Therefore, the core idea is "internal cultivation and external actions". We must train ourselves from the inside. One can only help others if he/she believes in this concept and has the determination. We are able to help others only if we possess strong willpower and courage, otherwise we will suffer from confusion and don’t dare to go forward. Hence, we must cultivate ourselves to be honest, confident and trustworthy. 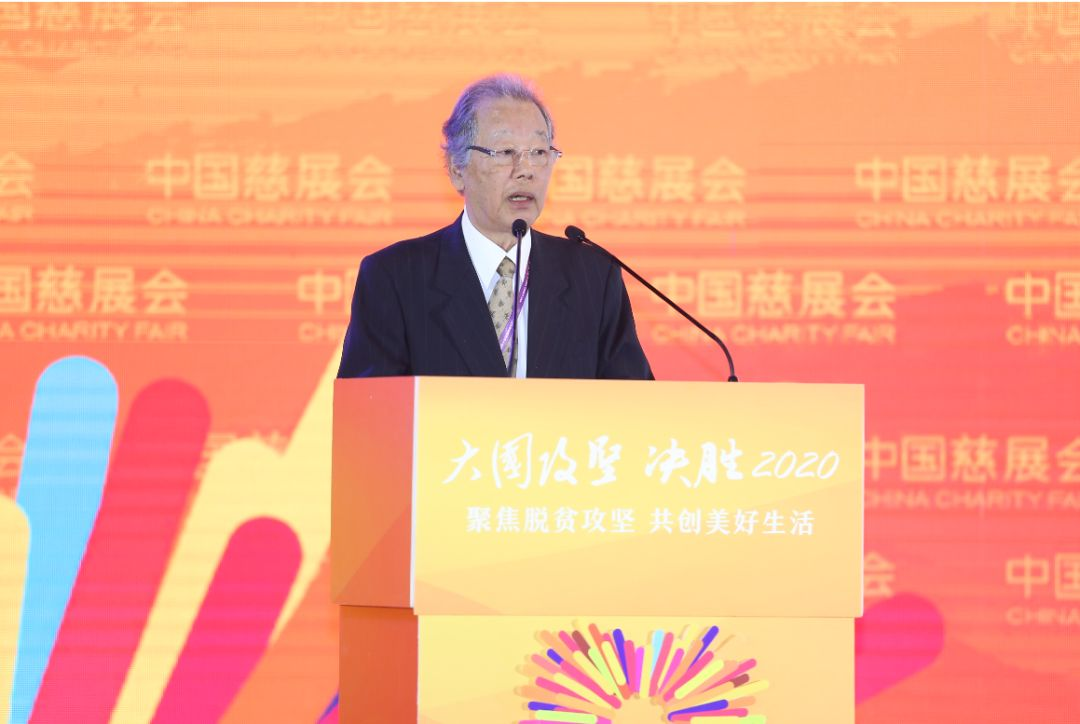 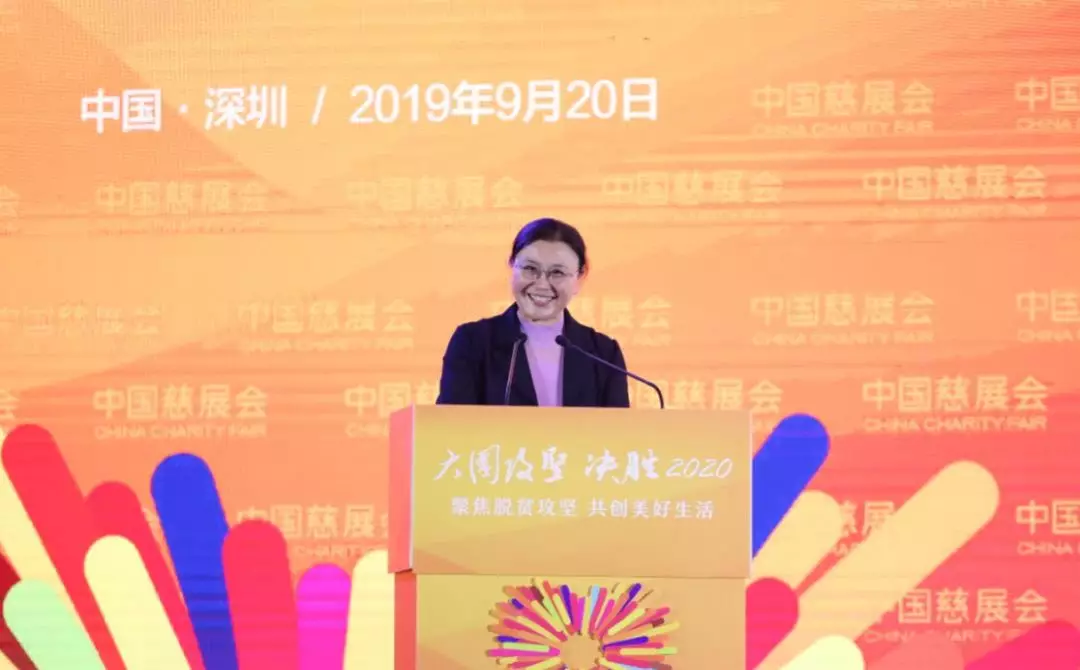 To me, the public welfare capitalism raised by Mr. Fukutake, philanthropic capitalism proposed by Bill Gates or institutional capitalism are just the same idea, i.e. the ultimate development goal of capitalism is to serve the mankind and make contributions to us. We hope that people from poverty-stricken areas could widen their horizons, learn some skills and obtain various news and information via the Internet. We shall help them to shake off poverty using information, driving them to take the initiative to acquire information, and thus arousing their enthusiasm and creativity, and exploiting their own potentials and internal driving force. Providing legal aid to those in need is very meaningful to me. It maintains social fairness and justice and passes on the Party’s warmth. Therefore, legal aid is a big charity. We can enhance our spiritual level and benefit future generations. I sincerely hope that everyone can join us in this lofty and noble cause. The 40 years of reform and opening up in China created huge urban-rural development gap. Implementing the “poverty alleviation strategy” is a huge progress of China’s sustainable development. If the intensity was not that strong, the vast poverty-stricken areas and huge number of poverty-stricken households in China, including environmental destruction in poverty-stricken areas would not be taken care of or treated like we are doing today. We are all convinced that China’s sustainable development will usher in a great leap-forward when we win the battle of poverty alleviation next year. As a national foundation, our foundation has embarked on many projects for children education and nutrition in poverty-stricken areas. Our original aim was to realize the block the intergenerational transmission of poverty through early human capital investment in children. Right from the start, our projects were associated with anti-poverty and poverty alleviation, and our projects also match with the theme of sustainable development as we focus on the next generation, i.e. the future. When we do charity, we must first understand will the household truly be helped and will this assistance create some social impacts to help more people. Secondly, poverty alleviation through investment in industrial finance must come with positive returns, otherwise it will not be sustainable. You can’t help others if you couldn’t survive. 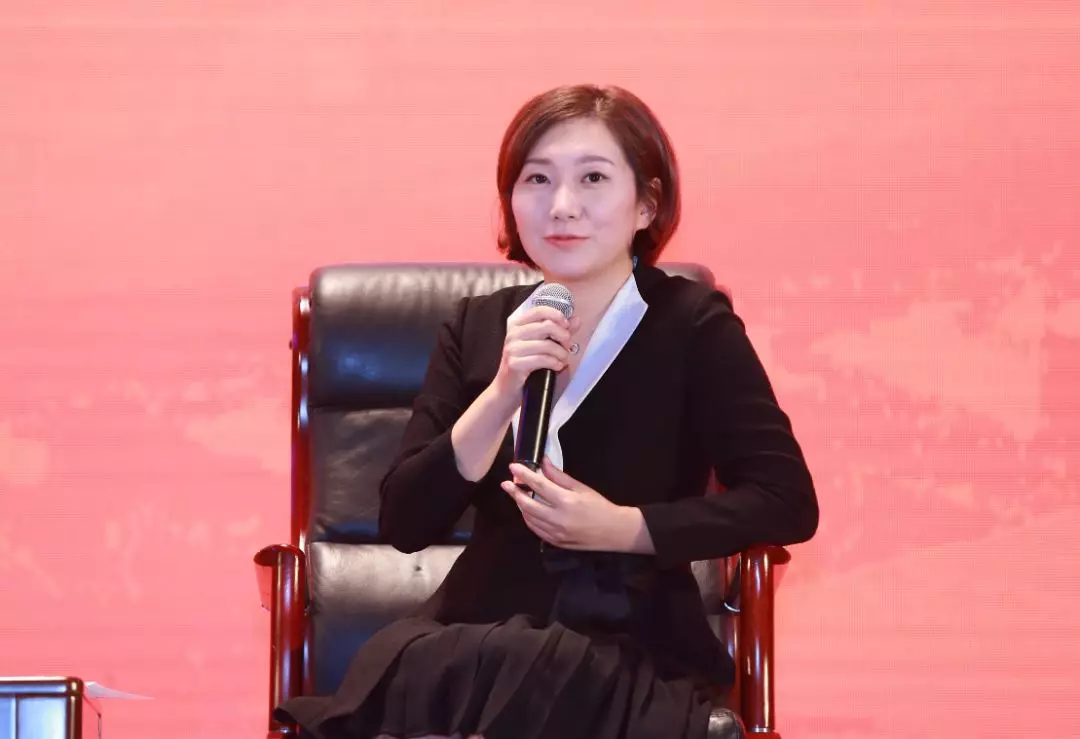 Many commercial enterprises believe that “those who win over young people in towns will win the business”. All of a sudden, they realized that towns’ young people are the most rapidly-developing in terms of consumption and the most vigorous groups. Next, the emphasis of businesses shall be placed in rural areas, where lie in ample opportunities. We could do something big if we manage to connect enterprises, governments and public welfare organization, and play a major role in rural revitalization strategy. 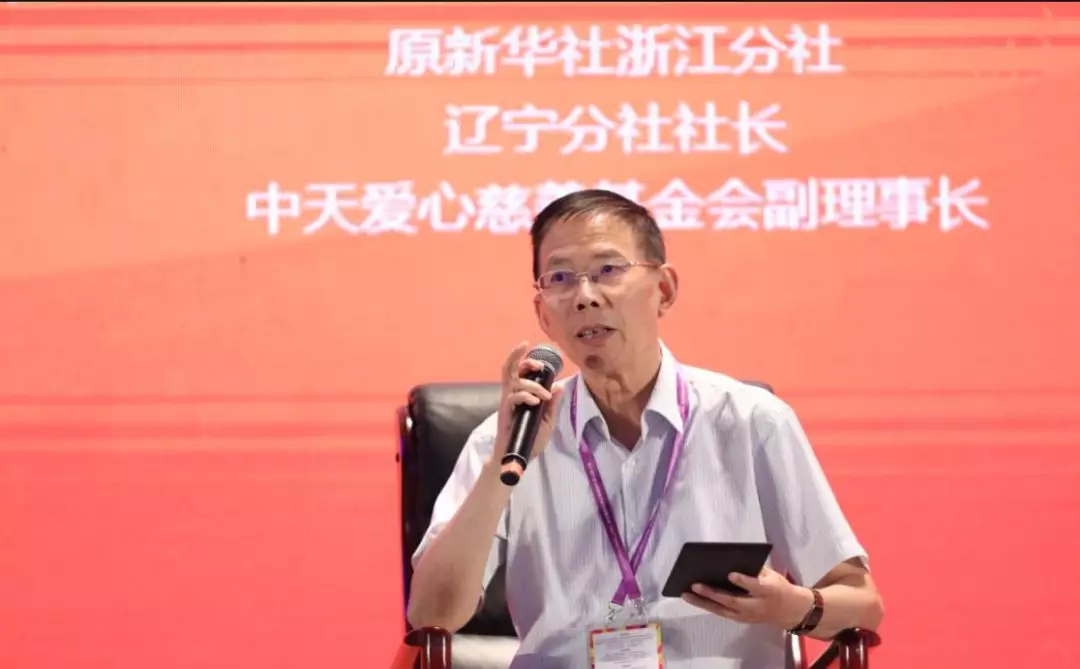 We established a clean fund to develop wind power projects in poverty-stricken areas. The wind power projects employed local wind resources and helped local people to shake off poverty. For instance, we laid our solar panels in South Xinjiang, giving herdsmen electricity at home and allowing them to have refrigerator and television. We call it solar energy on horsebacks. 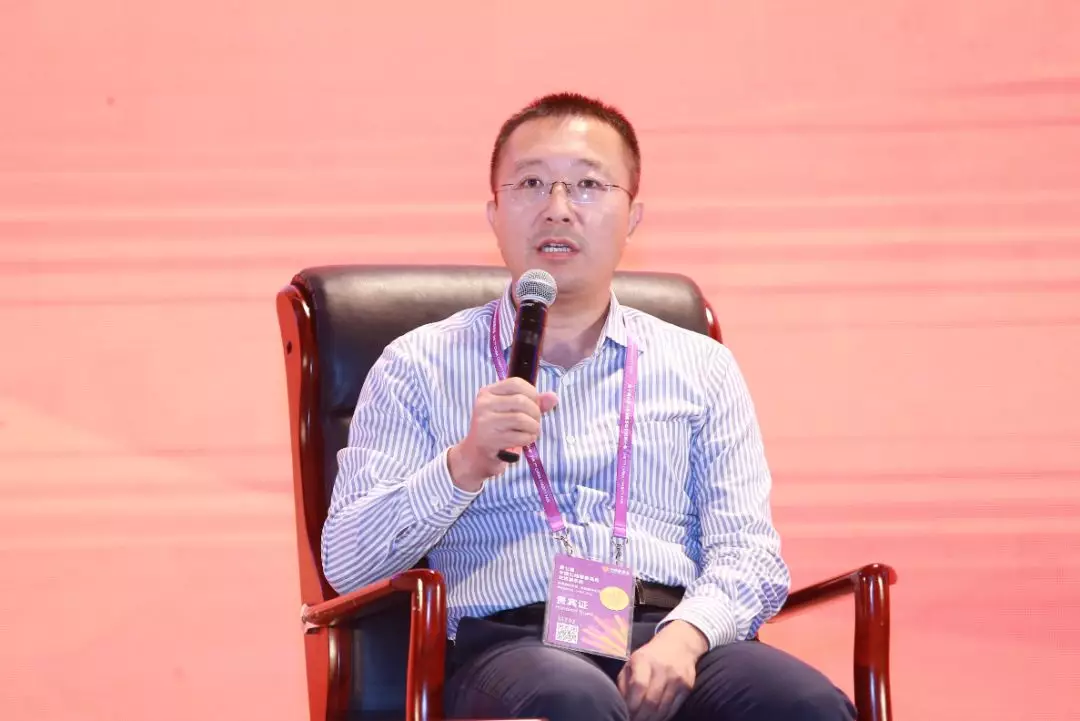 Rural revitalization aims to make hundreds of thousands of villages and hundreds of millions of farmers in China an important part of the national economy on the basis of sustainable poverty alleviation. Helping them to get out of poverty isn’t the only objective, more importantly, we want them to make contributions to the country.

Based on our current work experience, facing this historical opportunity, what can our professionals do after social organizations enter the field? What are the conditions local governments could provide? In the past, the governments would establish a platform for enterprises to operate. But now for us, how open do we want the governments to be? All these issues and concerns require some specific supporting implementation measures. 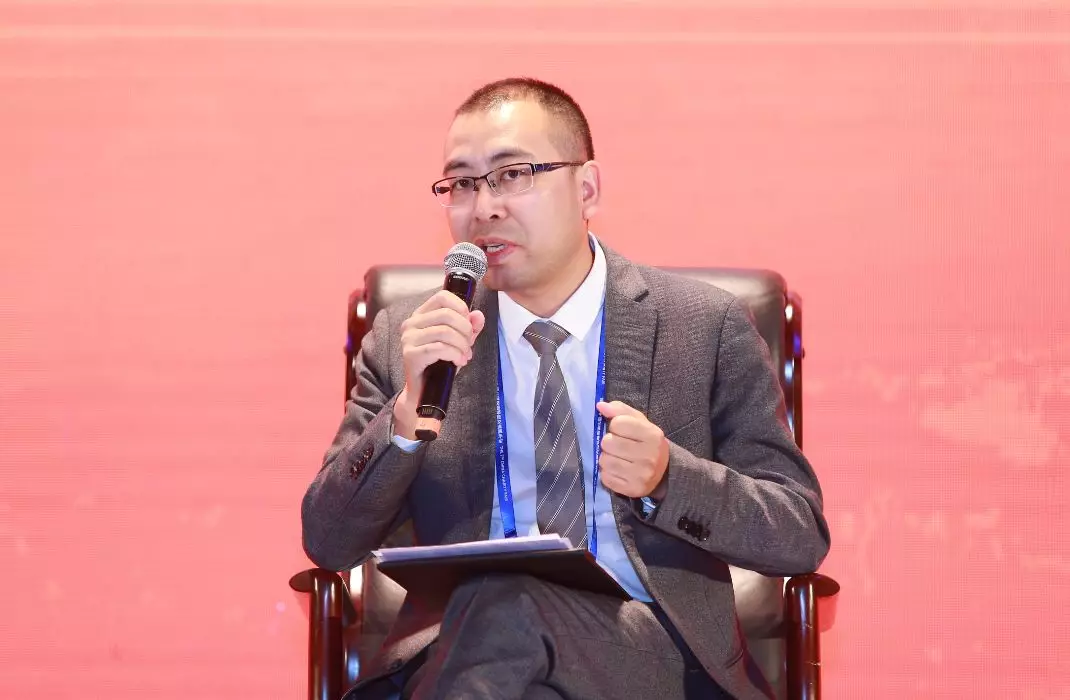 I believe that social organizations have the responsibility to innovate and explore. When we truly build a path for rural revitalization and rural construction, we could provide template and resources for governments and other social forces. To establish a long-term mechanism which prevents people going back to poverty due to diseases and promote the construction of a healthy China, early this year, our foundation entrusted China Philanthropy Research Institute at Beijing Normal University to embark on a research to explore the upgrade and transformation of serious disease relief platform, and launched “China Serious Disease Relief Program”, which aimed to further win over government’s support, mobilize social forces, integrate various resources, expand fundraising channels and establish a mode for “assistance for all serious diseases” and realize this goal. Everyone should do charity. It is everyone’s responsibility to promote charity works. Showing cares to other people entails more than material giving, it also entails communication between souls. WHO pointed out that mental disease will become one of the top ten disease causing death by 2050. We must take precaution measures from now. We do not want mental disease because our minds are colorful, positive and grateful. Allowing children to strengthen their body and mind by playing sports. They could enjoy the games, temper their willpower and develop a healthy personality. Physical education is very important to rural children. We always say that the country will the strong if the young is strong. The physical education must be strong to make the young strong. 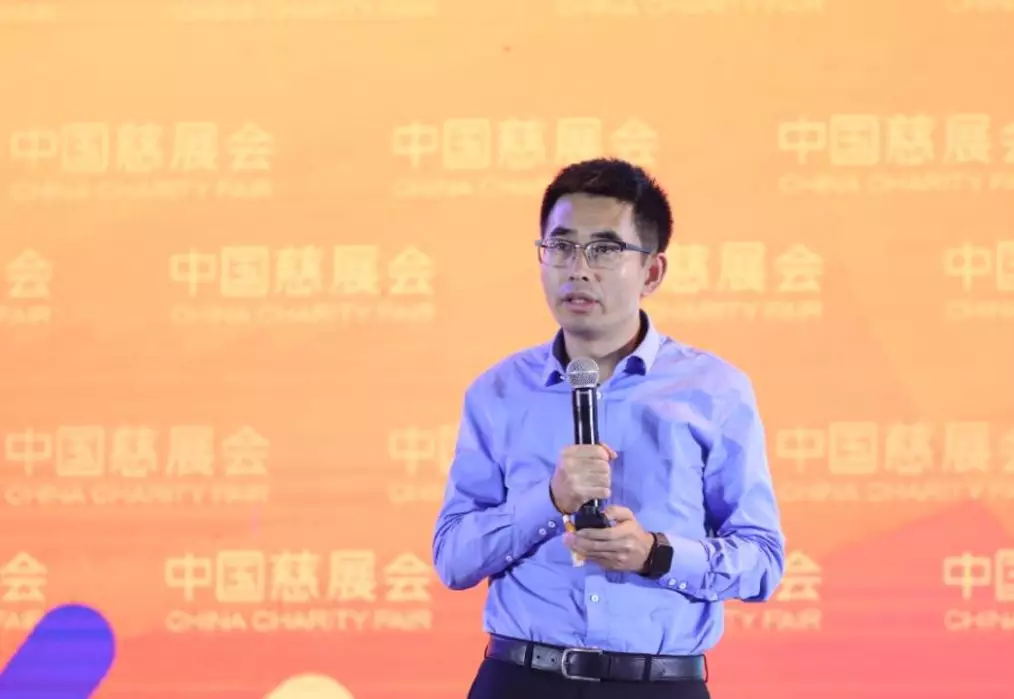 Vanke and Vanke Foundation adopted a collaborative approach in poverty alleviation, this may be a bit different from the operations of other corporate foundations. Vanke used its expertise to make the softest hardware while Vanke Foundation employed its professional knowledge, experience and skills as a public welfare organization to make toughest software. We’d like to invite everyone who carried out or will carry out public welfare projects in Ta-liang Mountains, including entrepreneurs and good-hearted people. Let’s all go to Ta-liang Mountains and cooperate with local governments, NGO and scholars dedicating to solve the problem. We shall set up a joint project office, integrate all resources and make our voices heard together. We may not be able to solve all problems or common problems, but we can provide timely help to those who in dire needs, and solve some major problems and difficulties. We have strength, measures and we will take down-to-earth actions. 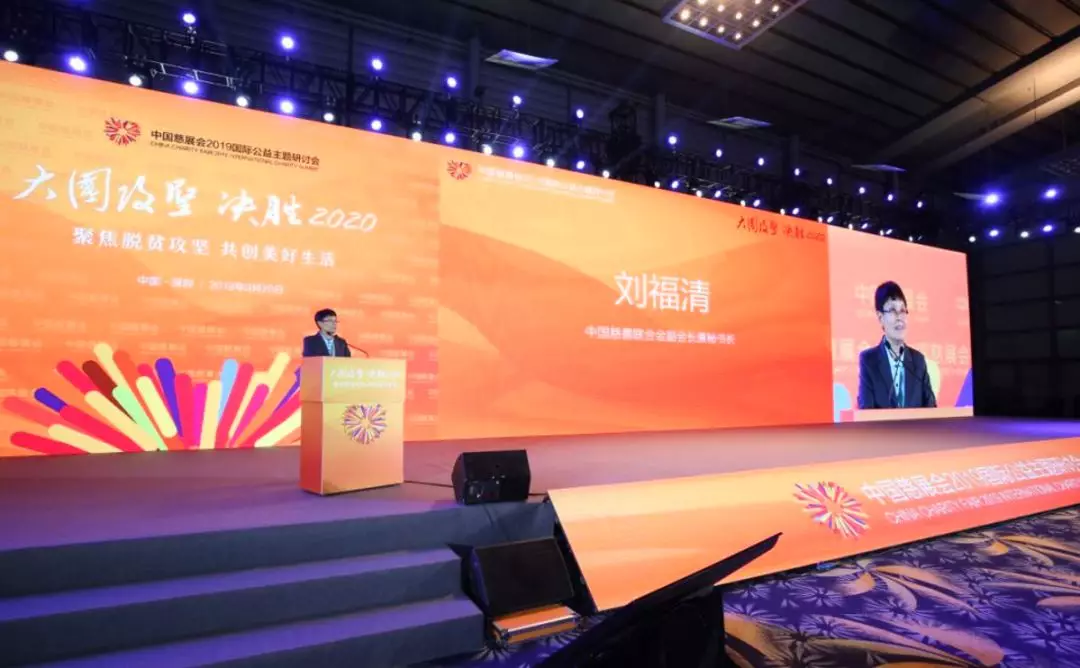